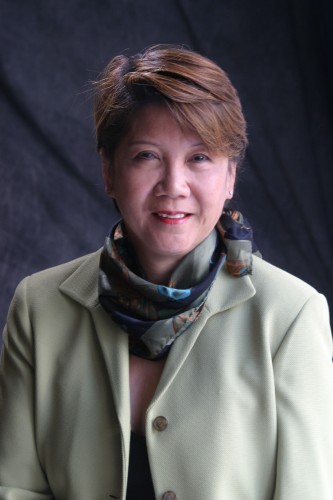 Joyce Jue is an award winning cookbook author, cooking teacher, food writer, culinary tour designer, and food consultant. In 2013 Joyce and her husband made Central Oregon their new home and Joyce relocated her business, Asian Food & Travel, in Bend. Joyce is ecstatic with her life in Bend and believes several of her many hats would wear well in Bend. She is delighted that her favorite hat – teaching – has been donned at Ginger’s Kitchenware in the Old Mill District.

A well-respected internationally known cooking teacher, Joyce specializes in the cuisines of Southeast Asia. Requests for Joyce to teach at renown cooking schools and venues such as the James Beard House, the Smithsonian Institution, the Ahwahnee Hotel, and as Guest Presenter on Silversea Cruises to name a few, speaks of her credentials as a cooking teacher and presenter. Her popular teaching method of mixing and matching dishes from the various cuisines of Southeast Asia, creates brilliant menus bursting with exotic and lively flavors. Joyce loves a variety of settings including cooking schools, conferences and special events, and private homes, and will incorporate Team Building into her classes.

In 1982, Joyce launched Culinary Adventures to the Orient to bring her students on cooking and dining tours to Southeast Asia. Her successful tours led her to serve as consultant to establishing the renowned Bangkok Oriental Hotel’s The Thai Cooking School in 1986, the school continues to operate today. The Tourism Authority of Thailand recognized Joyce with their Gold Medal Award for her successful promotion of Thai cuisine and tourism to the international culinary community. Although she now lives in Bend, she continues to return to San Francisco to conduct her popular SF Chinatown Culinary Walking Tours, her hometown.

Joyce’s food consultant clients include Williams-Sonoma, Center for Culinary Development, Straits Café, California Farmed Striped Bass, and California Beef Council. Her consultant work is primarily imparting Asian sensibilities to a western product or the reverse, for the purpose of marketing a new product.

It all began in San Francisco

Joyce learned traditional Chinese cooking from her mother and grandmother while growing up in San Francisco’s Chinatown. After earning a BA degree at San Francisco State University, Joyce moved to London and expanded her knowledge of western cuisines through studies in France, Spain, Mexico, and Morocco. Her Asian food knowledge is continually expanding with studies and research in Thailand, Vietnam, Indonesia, Singapore, Malaysia, and China.

Giving back to others

Joyce has served on many nonprofit boards and member of professional associations. In 2008, she was President of the San Francisco Professional Food Society and received in 2012, the SFPFS Life Time Achievement Award. She has served on the board of the Asian Chefs Association and the Les Dames d’Escoffier, and is very proud of her years of board service for Giant Steps, an equine therapeutic program in Sonoma County, California. Joyce is honored to include in her biography her membership in the ConnectW.

Page load link
This website uses cookies and third party services. By continuing to use this site you agree to accept our use of cookies. OK