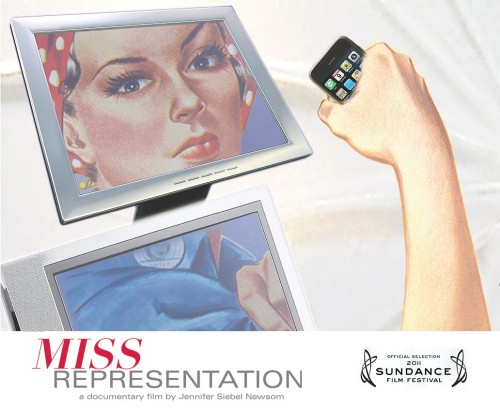 On Tuesday, March 11, 2014  at 6:30 p.m. the Justice Film Circle will be showing the film Miss Representation. ConnectW has endorsed this documentary, which exposes how mainstream media contribute to the under-representation of women in positions of power and influence in America. The film challenges the media’s limited and often disparaging portrayals of women and girls, which make it difficult for women to achieve leadership positions and for the average woman to feel empowered.

The event—which is being held at the Bend Community Center—is free although a suggested $5 donation is encouraged. You do need to register at Eventbrite so they know how many people to expect. Doors open at 6 p.m.

Since 1986, Connect W has been empowering women to reach their full potential through mentorship, meetings, expos and social events. In that time, we women still haven’t achieved parity. Society still doesn’t allow women to fully tap their true talents and gifts as leaders and partners.  From a young age, boys and girls are taught about specific gender roles of what they can or can’t do. Those women who challenge those limitations are often deemed bossy, while men in identical situations are viewed as assertive.

Only through grassroots efforts can we change perception. Organizations such as ours that strive to empower women are essential to changing society’s perception of women. So spread the word. Bring your friends (male and female) and your partner. And plan to stay for the Q&A session that follows the 85-minute film.

Margaret Mead once said, “A small group of thoughtful people could change the world. Indeed, it’s the only thing that ever has.” That’s us! Let’s start here.

Page load link
This website uses cookies and third party services. By continuing to use this site you agree to accept our use of cookies. OK